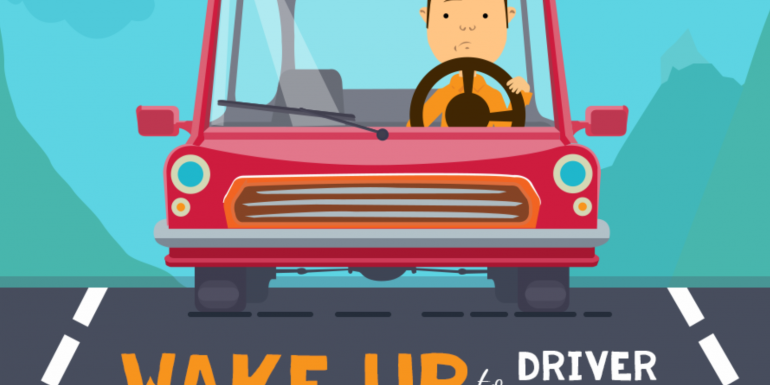 If you believe drink-driving is the biggest killer on our roads, think again. New research shows that obstinate drivers’ refusal to acknowledge fatigue poses a greater threat. Not one out of 90 drivers tested by University of NSW researchers would take a break when confronted by fatigue.

Ann Williamson, from the Transport and Road Safety research group, said the decision by drivers to push through tiredness was the equivalent of drink-driving. She said punitive charges were needed to change driver behaviour and prevent them falling asleep at the wheel.

Last year Roads and Maritime Services recorded 3329 crashes as being fatigue-related – almost double the number of crashes involving alcohol. ”Fatigue is an active decision that people make, and it’s an unsafe one,” Professor Williamson said. ”I think we’re going to need bigger penalties related to driver fatigue and crashes involving fatigue-related driving, simply because we don’t have any other way of dealing with it.”

Professor Williamson said preliminary findings from the study, which began in 2009, showed drivers were aware of when they became tired.Ninety subjects were asked to sleep a maximum of five hours the night before being tested, then drive for two hours in a simulator as they wore glasses that recorded their eye movements.

Thirty people were required to drive in a car fitted with camera sensors and either give regular verbal ratings of how tired they felt or press a button when they thought they might crash. While there were no physical repercussions of crashing in the simulator, out of the 90 test drivers, not one stopped driving. Studies have shown that the effect of driving while sleep deprived is the equivalent of driving while intoxicated with alcohol. In September, the NRMA successfully lobbied the NSW government to direct revenue from speeding fines towards improving road safety, including adding extra police on roads to combat fatigue and other bad behaviour.

NSW Police said they hoped the increased visibility of patrols during the Christmas holidays would motivate drivers to pay more attention to their fatigue.

Professor Williamson said that the Roads and Maritime Services campaign message, ”Stop Revive Survive”, was ”too passive”. She said crash statistics showed the campaigns were not getting through to people and the RMS should instead send the message that fatigued drivers needed to be treated in the same way as those caught drink-driving.

But Centre for Road Safety general manager Marg Prendergast said the ”key messages of the campaign were coming out strongly”. In tracking research conducted last month for the ”Wake Up to the Signs” campaign, Ms Prendergast said 77 per cent of respondents understood the ”Stop Revive Survive” message, while 65 per cent stated the main message in the ads was to ”take a break from driving when feeling tired”.